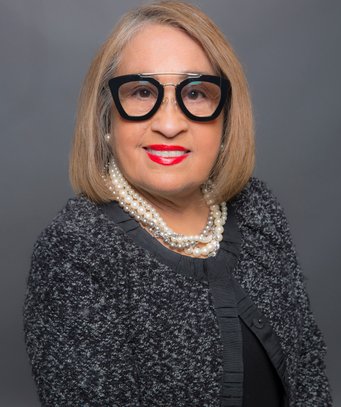 Advocating for the growth and inclusion of minority business enterprises globally
learn more
"
"Carmen is a top-notch industry professional who has always availed positive results. Our work with her has opened doors with ease that were previously difficult upon which even to knock. Her experience as DART's Assistant VP of Diversity & Inclusion and as board member to several industry organizations has been invaluable in helping us get a better handle on how to best leverage our business development as small and minority based business. Her consultancy has been supremely valuable to our business."
Charles Aguirre, C.E.P., Aguirre Project Resources, LLC
"
"I had the pleasure of working with Carmen Garcia at Dallas Area Rapid Transit for approximately nine years. Carmen is well known in the Dallas community as an expert in building relationships for small, minority and women owned businesses establishing contacts and contracts. She works tirelessly assisting women and minority businesses to gain financial and capital access to grow and expand their services in the marketplace. She is a friend you can count on and a professional with a diverse portfolio that can assist you in achieving your goals."
Carol Wise, Executive Vice President/Chief Operations Officer at DART
"
"Carmen Garcia is one of the most respected leaders and an outstanding advocacy partner in our community. I had the pleasure of working with her in championing diversity-inclusion and capacity building platforms at DART. We at AACATX are forever grateful for Carmen’s guidance and mentorship to our organization since our beginning over 10 years ago."
Ken M. Tse, AIA, Asian American Contractors Association of Texas
Diversity & Inclusion
Our vision is to increase capacity building partnerships for MBE’s to strengthen the diversity and inclusion of MBE’s.
Marketing Consulting
ABRAC Consults our clients on proper channels of marketing their services and provides media support through today's relevant channels.
Public Relations
Whether it's connecting the right media source, leadership or seeking the best message for your brand, we are here to work and implement a public relations strategy.

Send us a message

This is a paragraph. You can write your own content here, and fill in the blanks. Tell the world about your business, and make this text yours.

Our vision is to increase capacity building partnerships for MBE’s to strengthen the diversity and inclusion of MBE’s.  ABRAC Consulting, specializing in Diversity & Inclusion, Marketing and Public Relations.

Carmen García accepted the position of Director, Outreach Programs for Dallas Area Rapid Transit (DART), July 14, 2008.  Promoted to Assistant Vice President, Office of Diversity (February 2017).  In her role, García was responsible for  DART’s Outreach Programs by directing, coordinating and administering the agency’s outreach program as it related to minority contracts and D/MWBE vendors. She maintained programs relative to the needs of the community. She developed and maintained external strategic partnerships and served as a liaison to major chambers representing minorities, women and other groups whose goals include the development of economic opportunities for minorities and women.

The Houston native graduated from Dallas Baptist University with a degree in public administration. García began her career in governmental affairs with ARCO and later directed programs and special projects in the offices of the Texas Comptroller of Public Accounts and the Texas Secretary of State in Austin. She returned to Dallas to manage former Texas Secretary of State Ron Kirk’s campaign for a successful bid for Dallas Mayor. After the election she opened her own business, ABRAC Consulting, specializing in marketing, public relations and event management. Her relationship with the State Fair of Texas was established at this point, when she took on the annual event as a corporate client for five years and she continued her work with the State Fair for 12 years.

Appointed by former Dallas Mayor Tom Leppert to serve as one of four co-chairs for the Census 2010 Complete Count Committee and she also served as a member of the Super Bowl XLV Communications Team.

She remains actively involved in numerous community organizations locally and throughout the state. She was recently recognized by the Women in Transportation Seminars (WTS) as the 2018 “Woman of the Year” recipient, 2018 Nominee-Regional Hispanic Contractors Association “Luna Award”, Recipient of the Dallas Business Journal (March 2010) Minority Business Leader and named the “La Cima” recipient by the Greater Dallas Hispanic Chamber. She was also a nominee for the DFW Minority Supplier Development Council “E Awards” and a recipient of the Girl’s Inc., “She Knows Where She’s Going” award. She continues to be very active in many local and statewide organizations